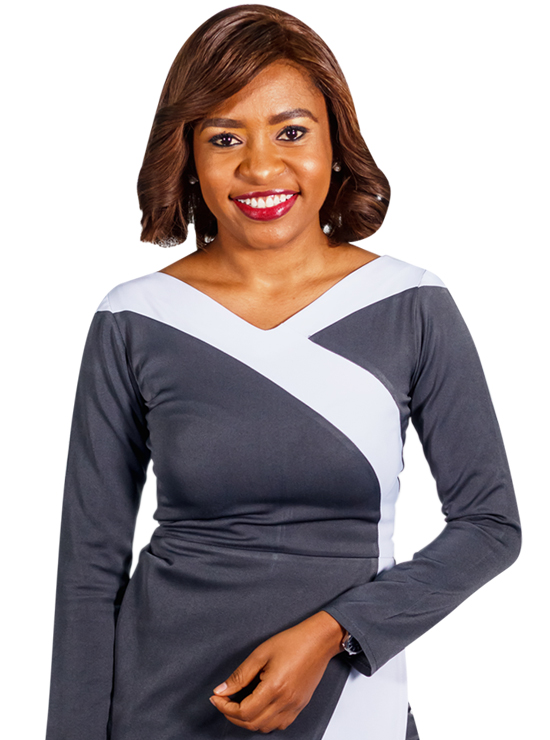 Mashirima Kapombe is an award winning bilingual Reporter and anchor with 8 years experience in the local media scene. Mashirima hosts Nipashe wikendi at 7pm every Friday which includes a fun Kiswahili language clinic dubbed “Longalonga”. She hosts Longalonga alongside veterans Munene Nyaga and Nuhu Bakari in a fun-filled format that includes voices from different counties. Catch Mashirima every Wednesday on Sema na Citizen for news updates and a discussion on matters health. Until end of September this year, Mashirima co-hosted the Monday Report Townhall session alongside Trevor Ombija and Waihiga Mwaura.

Mashirima’s career began at Daystar University as a reporter and News Reader at Shine FM where she also served as the station Manager before graduating with a B.A. in Communication from Daystar University. She is trained in conflict sensitive journalism and is passionate about gender and children affairs. Stories that have earned her awards from the Media Council of Kenya. In 2017, she scooped the Development Reporting Award in the Annual Journalism Excellence awards (AJEA). In 2014, she emerged top in two categories, scooping both the Youth and Children Affairs award and Gender Affairs reporting award. In 2013, she was recognized as a rising star as the young journalist of the year (AJEA). Same year Mashirima was recognized by her alma mater Daystar University at the Star of Excellence Awards (SOEA) Gala dinner.

Mashirima also drives conversation online on female reproductive health and how to improve it. She has also moderated high level discussions, most recent being at the UN Environmental Assembly (unea4) hosted by the World wide fund for nature (WWF).