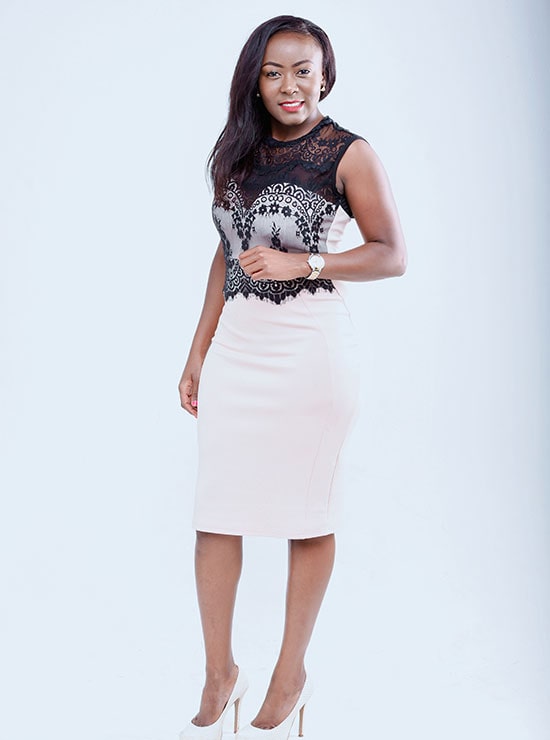 Selly Kadot Amutabi or husky voice as she is sometimes commonly referred to due to her unique voice, is an energetic, happy spirit and assertive lady who enjoys socializing and giving a voice to the voiceless using her media platforms and various campaigns she is involved in.

She is not new to the Kenyan audience on both TV and radio.

Currently she hosts two shows on Radio Citizen broadcasting in Swahili namely; Mambo Mseto every week day and Wingu la Baraka on Sundays. Being versatile, she also makes an appearance on Hot 96 a sister station that broadcasts in English every Friday on Jeff and Hamo the breakfast show.

Selly is a reliable strong personality, a sanguine by nature, God fearing, confident, with amazing proven interpersonal skills and a great team player something that she says has contributed to her great success.

She loves music and dancing which she says is her antidote to life’s everyday challenges. She also loves to sing, recite poems, act, and travel, read and make new acquaintances. She is a lover of fashion, cycling, cars and planes and once in a while enjoys to race. Kadot loves football too, supporting Manchester United in the European Premier League and AFC Leopards or Ingwe as they are commonly referred to on the Kenya Premier League (KPL ) hence leading to her being christened Ingwe bae.
She is currently pursuing her Master’s degree at the United States International University -Africa (USIU) in International Relations majoring in Foreign Policy and Diplomacy. She also holds a Bachelors Degree in Communication and Journalism from Daystar University and a certificate in Peace and Conflict.
Away from her work, Kadot also takes part in charity events, participates in mentorship programs and is a brand ambassador to various companies and organizations. She is also a great events host and organizer and sings in a band – Afrizo- during her leisure times.
She is the brain child behind Blankets for the streets campaign aimed at providing bedding to street families and also households that cannot afford proper bedding such as mattresses and blankets.

Being a member of Rotary she is also part of the campaigns they run such as the Green Rotaract concept aimed at conserving the environment.