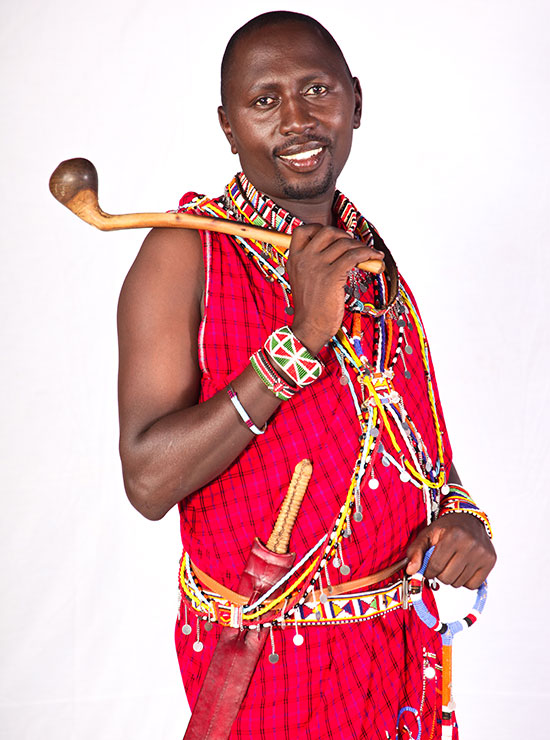 Kwandab Anderson is also called Olchore which is literally a Maasai word that means friend.

He is an assimilated Maasai who speaks very rich Kalenjin with Maasai accent which in itself sounds very comical.

According to him, he is proud to be the first man to drink mineral water in Ololmasani.

He hosts Rotgaa drive show from 5 PM to 7PM. He also hosts recorded family comedy show with Obot Anderson who happens to be the mother of Anderson. This is a hilarious comedy that occurs after news bulletin at 7 am, 9 am and 1 pm from Monday through Friday.

Olchore also hosts a prerecorded comedy with Olielo that runs at 4 PM, 7 PM and 9 PM from Monday through Friday.

He is also the producer of a weekly political satire feature Magigen ak maging’al which runs on Friday 7 pm, Saturday 7 am and lastly 1 pm.