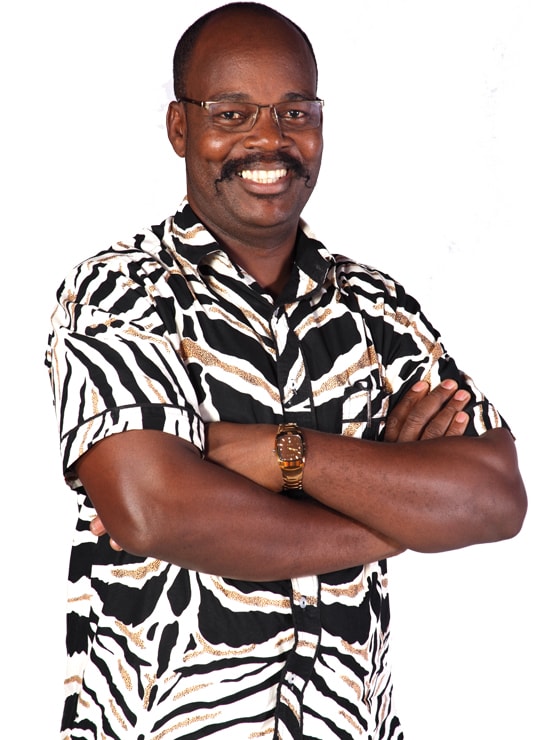 Jamlick Mwongera (MwanaOntii) is a household name in the media industry for those who love Kimeru language. Having been a pioneer of Kimeru broadcast back in 2005, MwanaOntii has continued to enjoy massive following from all corners of the vast Mount Kenya east.

MwanaOntii simply means “Son of a woman”. Jamlick joined the media industry after serving a 5-year term as an elected councilor (now known as MCA) of Nkuene ward as from 1997 to 2002.

He was the only candidate elected under the NDP party ticket in a region belied to be the bedrock of Democratic Party, DP. That’s why he’s well versed in politics.

Before joining Muuga FM in 2005, he worked at Kameme fm as a newscaster for three months. On joining Muuga fm, he was assigned the breakfast show and tasked with coming up with an appropriate name for the show. He named it “Ntungo ya Nyoni” which became an instant hit.

What are the secrets of having a show for 14 years without boring your listeners? YOU must know your audience and RESPECT them. MwanaOntii boasts of his extensive knowledge of his fans and what they like to listen to on his morning Program.

MwanaOntii also hosts Chunga Kiariki, an entertainment show on Muga Fm that runs every Saturday evening and whose main objective is to sample various traditional tunes from Meru. He is a family man, blessed with a wife and three children; two sons and a beautiful daughter.