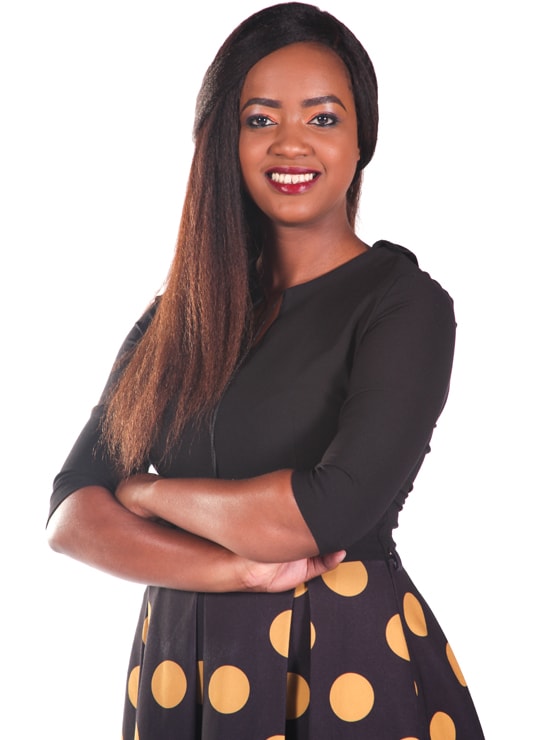 Mukami Wambora is both a Sports Journalist and an Advocate of the High Court of Kenya. She was a Legal Assistant by weekday at the Cooperative Bank of Kenya and a football analyst by weekend on both Saturday Sports and Football Sunday on the popular radio station Capital FM.

In 2016 she shifted goal posts permanently for the love of her life: Sports. She was a pioneer at Kenya’s first and only 24 hour sports station Bamba Sports as one of the four presenters and producers before she joined East Africa’s leading television station Citizen TV in 2017.

She has had the pleasure of covering the 2018 World Cup in Russia, the 2018 Berlin Marathon where she interviewed Eliud Kipchoge after he smashed the world record, the 2018 Abu Dhabi Grand Prix, the 2019 INEOS Challenge in Austria once again speaking to Kipchoge after he became the first man to run a marathon under two hours. She has also had the privilege of interviewing football superstars including Brazilian Ronaldinho Gaucho, Arsenal Legends Thierry Henry and Lauren, Former Manchester United ace Rio Ferdinand and current Everton forward Theo Walcott.

Mukami not only reports about sports but she also plays sports. She was the top University of Liverpool football striker in 2009 and became the first female to participate in the Kenyan Amateur League. During her free time you can find her kicking a ball at the various Astro Turf pitches in Nairobi.