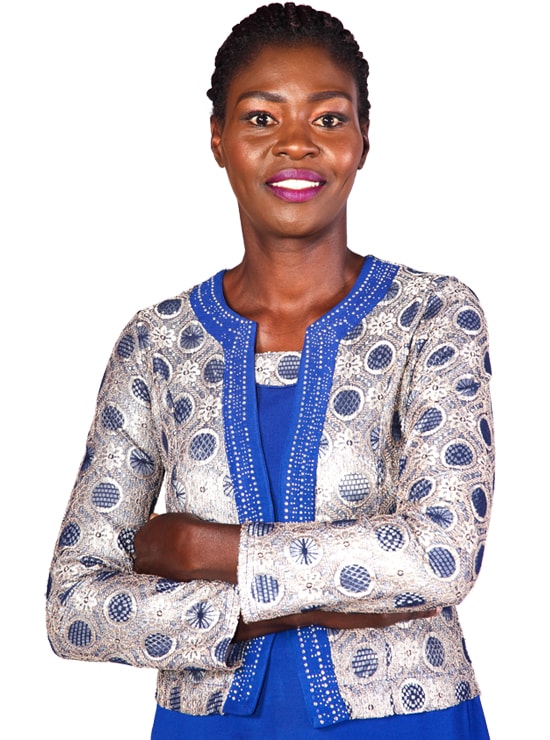 Juster Kathambi is a vastly experienced radio presenter for more than a decade now and counting.

She started out her trade at KBC, and joined Muuga FM in October, 2005 after the started premiered.

Her hard work and dedication saw her assigned as the evening show presenter (8-12PM) for more than 5 years, before decamping to the Mid-morning show.

Self-driven and a brilliant team player, Juster – or Muciari as she is commonly known by her fans, has continued to grace the airwaves in various capacities.

Juster is married and blessed with four amazing children.