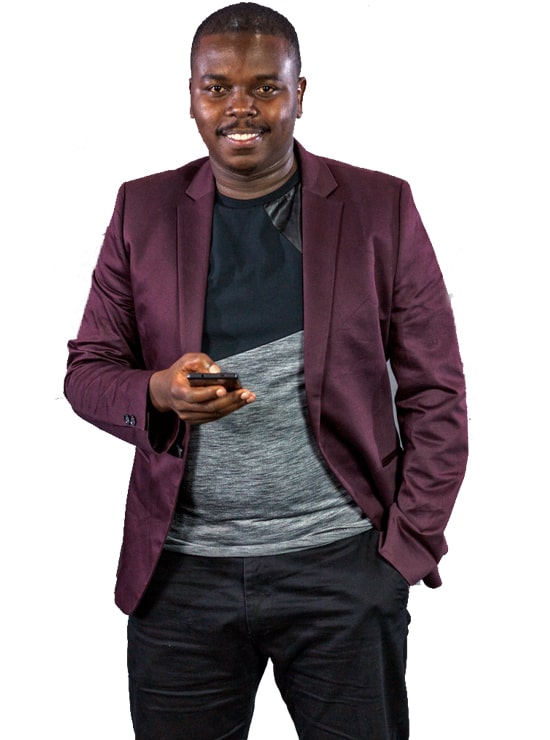 John Kyanda is the true definition of passion when it comes to Sports.

Born and raised in western part of Kenya, aregion where sports is embraced he could not avoid the subject from primary school to high school where he played football and hockey passionately.

John joined Kenya Polytechnic in 2005 to study information studies and complete in 2007 before joining Hope Fm ,in 2008 as a news reporter and an analyst on the Saturday Sports and Request show .

The major breakthrough came in 2012 Hot96 came looking for a sports anchor and he was found to be perfect fit to the position because of his allergy to stale news making the station the best when it comes to giving the latest in sports.

Due to his wide knowledge of sports Kyanda hosts The ARENA on Saturdays 3-6pm along side, Rashid Abdullah ,Isaac Swila ,Mukami Wambora and Bernard Ndong making it the Best sports show in the country .

He is also an analyst on Citizen radio sports segment on Fridays 10am -11am called Kijiweni and Saturdays Michezo na Burudani and on Bahari Fm Kutubuti weekdays 9am -10am.
During special tournaments like AFCON, WORLD CUP he is part of the analyst on Mulembe FM from 12-1pm in the special edition of the tournaments.
On Citizen Tv he hosts Sporty Monday 8am -9am alongside Willis Raburu and on Fridays on Sema na Citizen sports segment 10.30am -12.30 pm alongside Rashid Abdullah.