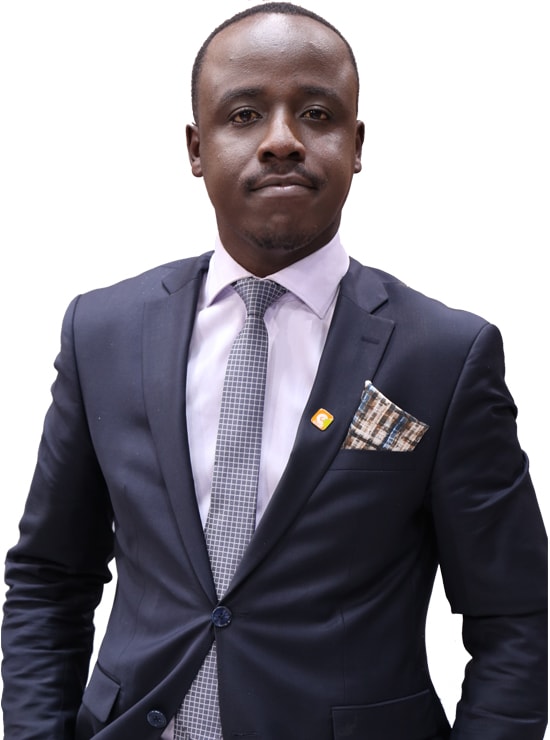 Elphas Lagat is an experienced News Reporter and Content Producer with a demonstrated history of working in the media industry. He is well skilled in Live reporting, Documentaries, Editing, Public Speaking, Moderating events, Creative Writing, and Copy Editing.

He is a bilingual reporter in Kenya’s leading media station and for him it is no mean feat. Through this space he has evolved into a modern day storyteller focusing on Politics, Human interests and Current affairs

Elphas Lagat’s journey began when he did his internship at Citizen TV a couple of years ago. It was a turning point. A realization of what he wanted to do. He used the platform to network and learn the craft of the industry. From 2015 all through to 2018, he scripted and produced several documentaries specifically touching on devolution for the Council of Governors and World Bank among other clients. With a dedicated team Elphas Lagat traversed all the forty seven counties in search of stories touching at the very heart of Kenyans from all walks of life.

In his previous assignment, Elphas lagat worked at KTN News corresponding in Nakuru and Baringo where he covered topical issues in Rift Valley among them; cattle rustling, Hepatitis B, Conflict in Kapedo, Diabetes menace among young children and Constant Human and Wildlife Conflict.
There have been numerous other highlights and learning curves one particular one was visiting the War front in Somalia earlier this year. A very intense experience given the high risks involved. Elphas Lagat was among a dozen of other journalists who embedded the AMISOM to tell the story from the war zone.
Elphas Lagat is a firm believer of the role the media plays in being the public watchdog and advancing positive change in society, he believes this is possible through intentional agenda setting by the media to advance change in society.
Importantly, he is an eager learner; emphatic team player and he pays very close attention to his stories. His desire has always been to tell stories that matter. Stories that will make an impact. Stories that will inspire a generation to rise up and be change makers in their own capacities. He aspires to do this through focus on solution based stories and emphasis on political stories that call leaders to action.
With passion and determination Elphas Lagat hopes to continue inspiring action in Kenya and in Africa and be a key influence in policy change and championing for the rights of different groups of people in our societies.
“I became a journalist to come close as possible to the heart of the world.” Henry Luce