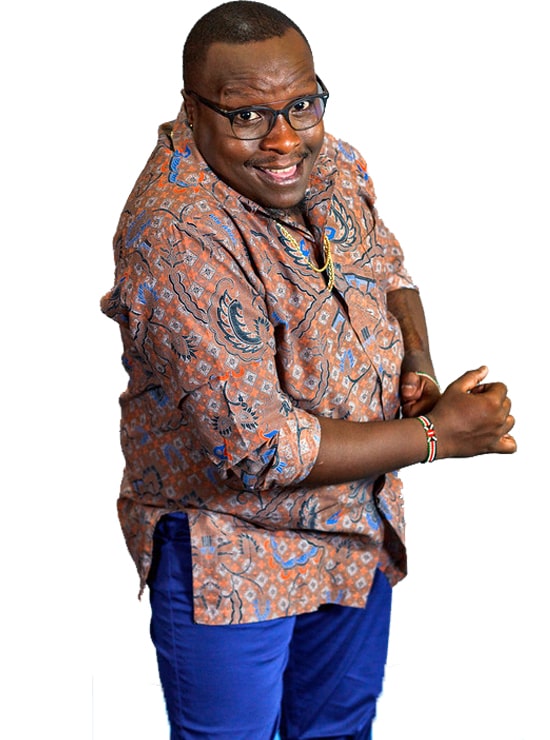 He is a Television, Theatre and Television Actor, Radio host, MC and voice artist.
On radio, he’s on Hot 96 fm, on the Top Trending show Club 96 on Saturdays from 6pm to 10pm and The Groove Train, every Sunday from 10 am to 1pm on Hot 96.0fm, presenting a carefully selected choice of old school (80s,90s and early 2000s)

On the acting front, he has been active in all media for the last twenty one years. Being involved in over 80 theatre productions and a number of Film projects.

On the voicing front, he has done Radio Theatre for BBC and DEUTCHE WELLE. He has been playing the role of MUSTAFA for Citizen TV’s regional top rating program for just over Eleven years.

He believes in environmental conservation, has a passion for content creation, TV, Film and Theatre production, and radio presenting and performance. He loves Rugby, travelling, Athletics and all forms of Motorsports.