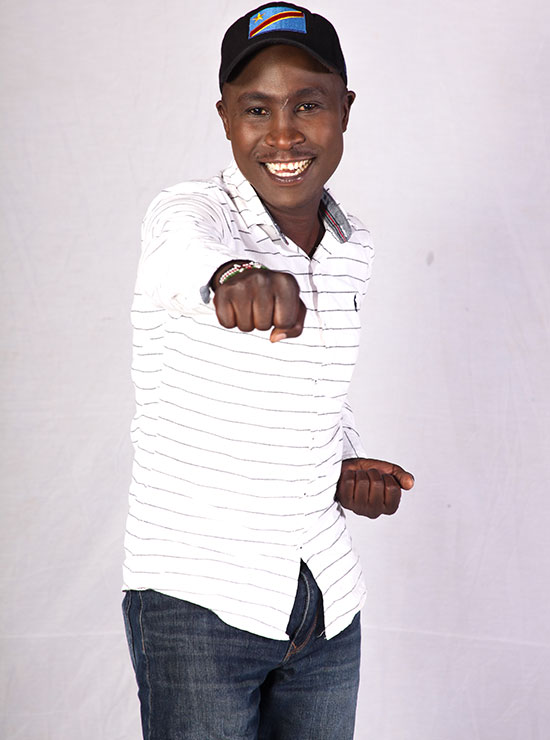 Famously referred to as DJ NomaNoma, Dennis joined Musyi FM in 2008. Talk of DJ NomaNoma anywhere in Ukambani and see the response for yourself.

When touring Ukambani, he’s always accompanied by an entourage that he calls his bouncers/body guards. Given a chance such visits would be complete with a convoy and sirens. He’s the only presenter who has a cabinet. He’s the Kiingane President and boasts of a very loyal cabinet and parliament (fans) Whenever this Kiingane President calls his ministers, they answer his calls on their feet, or so we are meant to believe.

DJ NomaNoma connects so well with the youth and this has seen our afternoon show that he handles –Kiingane- gain a lot of listener-ship. His wide knowledge in music and constant research has seen him have a rich blend of music for his show and this has won the hearts of many of his listeners. Catch the latest slang in town through his show.

While on air, this guy never runs short of content- a story teller he is. He makes the listeners believe in well-told fiction stories. Keen about fashion, NomaNoma always dons the latest fashion brands from head to toe, plus bling blings, and oh catch him always in a cap. Given lots of wealth, NomaNoma would be a mini king! As he loves hot styles and class.

NomaNoma alleges that he’s a Chelsea fan which he pronounces ‘Chessie’ during his ‘steam’ moments: Well, you’ll never catch him seriously watching football even if Chelsea was playing Most times, Prezzo is always online mingling with his fans as well ensuring he doesn’t miss out on what’s trending.
His hobbies include traveling, meeting new friends, swimming and watching movies.