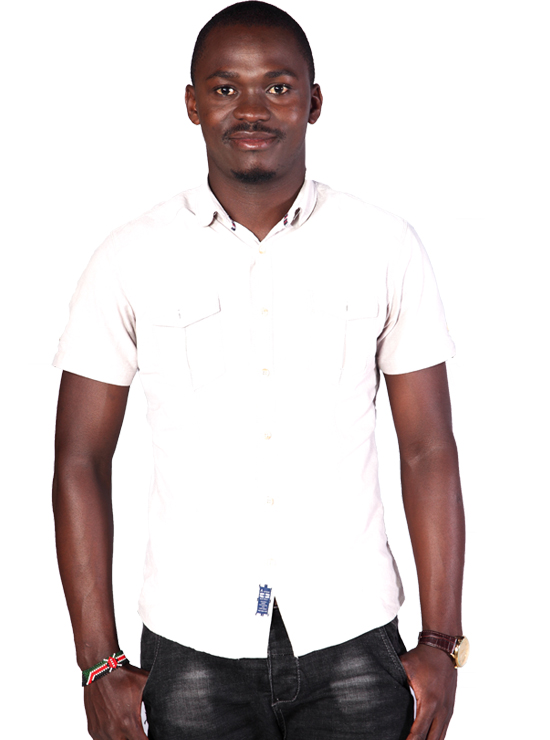 Alex Kinyua is best known for his vibrancy and passion for the youth and their empowerment. Having joined the media industry in the year 2014 as an intern, Alex has learned the ropes in various areas. He started off as a television reporter at Kenya Broadcasting Corporation, before switching to radio a year later.

He currently co-hosts the Mwenjoyo show on Muuga FM with Elaine Mukami; a youth’s show that looks to impact the youths positively.

His love for music is immense and believes it’s easier to connect with people through music. Through his show, Alex hopes to inspire young talents from the vast Meru region, as well as the new generation to live off what they love and that’s including art and music. He believes given a chance, the youths can immensely contribute to the growth of the very society they live in. Alex, also referred to as TesaTesa by his fans due to his love for sports, has proven to be a gem in the world of sports commentary in the famous Kimeru language. He as well hosts Ntherano

Bienini, a weekly sports show on Muuga Fm, He joined the Royal Media family in 2015, and his versatility and hardwork has seen him deployed in various departments such as news, sports and now a continuity presenter. A Journalism and Media Studies undergraduate, Alex boasts of more than 5 years’ experience as a writer, from way back in campus (2013) to date, tackling various topics like politics, war and crime as well as sports.

A creative scriptwriter, MC, Videography, and a motivational speaker, Alex Kinyua is the true definition of a young turk taking on the industry in quite an admirable manner.
Hobbies: Swimming, listening to Music, travelling and watching soccer.